Best root apps. Android OS is an Open Source Project which allows Developers to make a lot of Modification to its core. When you buy an Android Smartphone, It is not Rooted by Default that means No third-party app has the permission to make changes to the system files. Rooted Android Devices can use Apps which need Root access, so in this Post, we have listed the best apps for Rooted Android Devices.

When you root your Android device, you give permission to third-party apps to read and write to the system level. These apps can bring some useful feature but at the same time, some apps and Mods can give you boot loop and crashes.

There are tons of best apps for the rooted Android device. In this list, I have selected a few apps which totally worth it. After using them, I sorted out these apps, have a look.

Magisk is used to Root Android Device Systemless-ly. It doesn’t make any modification to System partition. Magisk Manager is a Manager which work after you root your Device. It helps in managing the Root access and also allows us to Install “Modules”.

Modules are APK file that needs Root access to work. Modules work systemless-ly with Magisk Manager. These Modules simply Root apps so here are some the best of them:

By far, the best Magisk Manager Module is Xposed Framework. Xposed was never a Magisk Manager, instead, it is much older than Magisk. Xposed Ranks at No.2 in our list of Best root apps, and the reason it also rank Magisk Modules because Magisk it Systemless-ly and Process pretty simple.

Installing Xposed Framework without Magisk is a lengthy process which flashing the Zip file via TWRP and it also not Systemless Installation.

Are you an Audiophile? If yes, then you need to Install Vier4Android. The amount of Modification and Tuning features it gives is Mind Blowing. it is one of my favorite Module and I can’t listen to music without it now. The Quality difference in music is bigger than Grand Canyon. Check out these Viper4Android Profiles to get the best quality.

As the name suggest, This Module coverts the third apps you install into system apps. The system apps cannot be uninstalled, they can be disabled.

ART is called Android Runtime that is a virtual machine and it apps. This Module optimizes the ART by setting Build properties.

Xposed Framework is very similar to Magisk Manager. It is a framework which allows Modules to make modification to Android.

The idea behind Xposed Framework is that for a small visual tweak, a user can flash a small program/app/Module instead of a Mod which make system Wide Changes. The Modules can be easily uninstalled and the Modification back to the original.

There are loads of Modules for Xposed Framework, we already published a list of Best Xposed Modules for Android, so check them out.

Ads Blocker blocks Advertisements and that’s why we (techory.com) hate it. Ads are the only source of income for us then why did we Adaway at 3rd in best root apps list?

The answer is Harmful Advertisements. The Internet is filled with Fake Ads which drive users into installing Adware, sign up for scam sites and other activities which harm the user.

Adaway is an Open source Ad blocker which uses the Hosts file to Block Ads. Which mean if you want, then you can allow Google Advertisements to show and Block Harmful Ads. You can add Add hostnames in Blacklist, and Redirection list.

Root browser is a file manager which let you modify your system partition and remove system files. It is a feature-rich file explorer with som useful features.

Viper4Android separate in Magisk Manager Modules, but what if you dont use Magisk to root your Device?

Viper4Android also comes as a app. Check the XDA thread for full information. As I already told you, Viper4Android is a Sound enhancer app which gives a lot of sound tuning options. It is a must-have app for Audiophiles.

It was started as Xposed Module “Youtube background Playback” (iYTBP) which plays the Youtube videos in the background. Then it was converted into Youtube Vanced which is a Modded Youtube app with all features inbuilt.

Some of the best features of Youtube Vacned are Background Playback, PiP, Repeat Video, and Adblocker. And if you listen to music on Youtube then these features are pure gold for you.

Greenify is a must have module (work with Xposed framework) if your device is laggy or giving a low performance. This app hibernates all heavy app of your choice which running in the background and consuming RAM and battery.

Unlike Clean Master and other Performance booster apps that do absolutely nothing, Greenify Hibernate the apps process which consumes the battery. It comes handy in stopping Facebook and other apps which runs heavy in background.

Many smartphones brand fill their devices with bloatware. These extra applications are sometimes useless and consume a lot of memory. And the biggest annoying and frustrating thing is that you can’t uninstall them. However, System app remover can remove system app easily.

Titanium backup is a data backup tool for the rooted android phone. Titanium backup can backup or restore your data at the time flashing a ROM.  It also allows batch jobs for install, restore, uninstall and backup of applications. The app also offers premium features such as a completely automated batch app installer, etc. 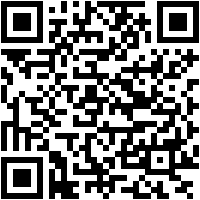 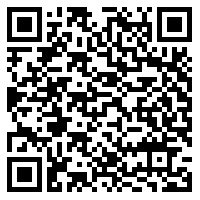 GMD provides many multi-touch gestures like- you can swipe four fingers to cycle between apps, or use other gesture to kill apps, you can use in-app features like volume change and playing music through gestures. And you can create your own gesture for every single app.

So, We listed all these best root apps for android after trying a lot of apps. One thing to note is that never forget to take a proper backup of your device before flashing a zip. Because sometimes, Flashing a zip file results in Bootloop.

Try all these apps and Let us in the comment section which one is your favorite.