Last year, Paranoid started releasing the Beta and Alpha builds of their Android 10 builds that got a good response from the community. And after sorting out the majority of bugs, the stable builds are here. The first build comes with the April 2020 security patch along with many features (more on that later)

In this post, You will find the list of all supported devices with the download link. The initial release is already pushed out for some Asus, Xiaomi and Oneplus devices. 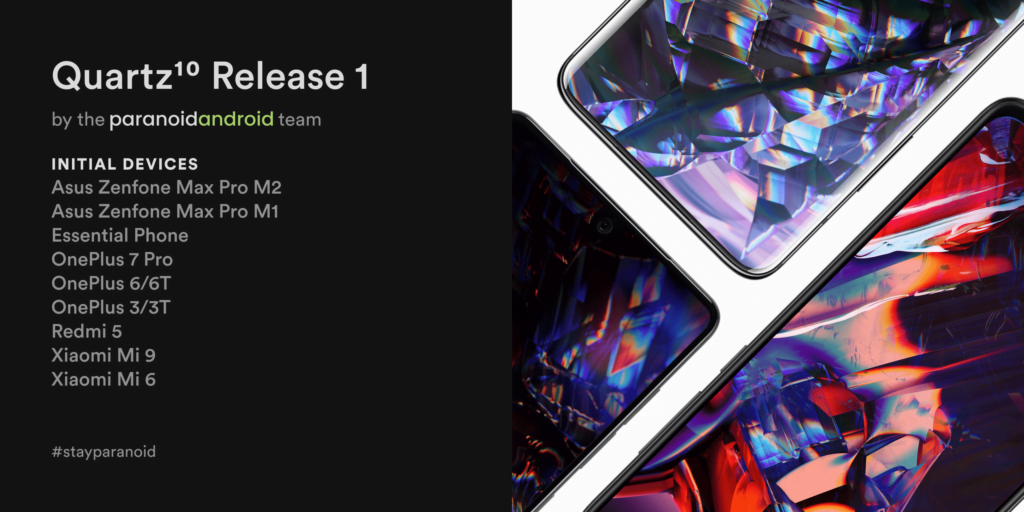 All Features of Android 10
Show less

Devices that will Get Paranoid Android  Quartz in Future: