Google Camera or GCam with Night sight: Download and Install in your Smartphone.

Google took the “Best Camera” crown as soon as they released the very first Pixel smartphone. Thanks to the powerful image processing on Google Camera or Gcam, Pixel capture on-point Dynamic range with perfect details.

The Pixel 3 came with few extra perks which again use AI and Machine learning to further enhance the Image. Out of these few features, one of them is considered as Magic, That Magic is Night sight feature which captures Image with full details and light even though there is no light to capture.

Thanks to the developers and thanks to the open source Android code, We got all of these Image processing in every Android smartphone. You can actually use Google Camera in your smartphone with Night sight working and if you have bought the right smartphone, then you can do it without any root.

What is Google camera or GCam and what are the features?

Google camera or Gcam is an app ported from Google’s Pixel Smartphone. It brings the AI and machine learning capabilities of Google to other Android Smartphones.

Google’s HDR+ is based on Image fusion technology which takes different images and then merges it into a single but more detailed image. It improves dynamic range and also give better low light shots. On Xiaomi Mi 1 which is only $200 smartphone, the low light shots are far better in GCam than the Stock camera app.

While some companies need dual camera setup for portrait mode and they still suck at it. Google released Pixel 2 XL with all Portrait mode entirely based on Software. And it is so great that even some top-tier dual camera setup fails to beat it in edge detection. GCam brings the top-notch algorithm to every Android smartphone. The Edge detection and Bokeh effect is good even on budget devices.

This feature is still missing in many budget smartphone but with GCam you can record Stabilized videos. EIS stands for Electronic image stabilization which stabilizes video and makes it less jittery. It works perfectly on Redmi Note 4 which does not have EIS on Stock camera app.

A new features introduced in Pixel 3’s Google Camera. It uses the Machine learning and AI to bring Light to images taken in dark environment. Check out this Video by Beebom to compare Night Sight with normal mode.

Do I need root access to use Google Camera or Gcam?

So its totally depends on the smartphone you own. Samsung and Oneplus are the two Smartphones brand of few which allows 3rd party apps to use camera2 API.

If you have an MI or Motorola smartphone then you need to enable camera2 API to use Gcam. You can do it by simply editing a single Line in the build.prop file or there is a Magisk module which will do it for you. Check out the next Section to enable it.

How to Enable Camer2 API in Android Device to use GCam?

Install this app and Check if you got all Green rights. If yes, then Camera2 API is enabled. 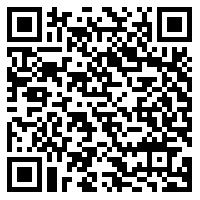 Some Smartphone gets support from an Individual Developer while some not. So your best bet is to use Arnova’s GCam which usually work in most of the devices.

These two GCam should work on all Android Devices running Android 8.0 Oreo or 9.0 Pie.

These devices have saprate development of GCam for them so expect more Stabilty and performance.