In this post, we will take a look at some of the best custom ROMs for Sony Xperia XZ2 that can be used as a daily driver. We took many factors into consideration to make the list, like, the Stability of the ROM, update frequency, features, and performance.

In case you aren’t aware of Custom ROMs, these are after-market firmware that can be flashed over the Stock ROM, using a Custom Recovery. Custom ROMs bring lots of features, and if the developer is active enough, you will get monthly security updates.

As always, I will recommend you to take a backup of your files before flashing anything or Unlocking the bootloader. Some of the ROMs need a full format before flashing so make sure to check the XDA thread of every ROM before you flash the ROM. 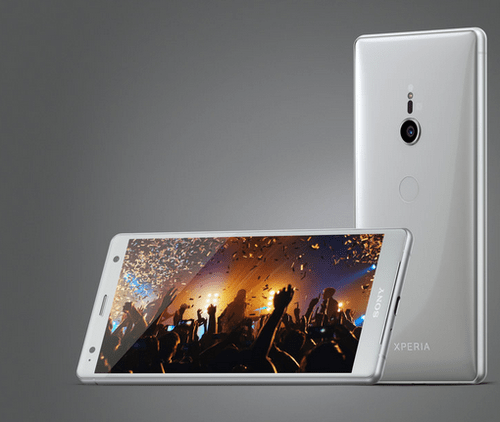 The Best Custom ROM for Sony Xperia XZ2 is LineageOS 17.1. It is the most used and most trusted Custom ROM out there. It was started as CyanogenMod and known to be the first custom ROM or firmware which was able to make its way to some smartphone as pre-installed default firmware.

This is the Android 10 based LineageOS which brings all the latest LineageOS features. Compared to LineageOS 18, 17.1 is more stable and also has official status. If you are looking for a stable daily driver ROM then this might be the perfect choice for you.

iodeOS is a privacy-focused Custom ROM that is based on LineageOS 17.1 with the inclusion of MicroG along with an Ad Blocker. The feature set of iodeOS is not as big as other ROM but when it comes to ways this ROM is trying to protect your privacy, you cannot find any other ROM as this one.

First of all, The ROM comes with MicroG instead of Google’s proprietary software. This way, the ROM does not send data to the Google servers and does not track user activity. However, it is not the same as using the Google Play services and you will feel some shortcomings here and there. You can read more about MicroG on Wikipedia.

The ROM also provides an ad blocker to block ads and malware. The LineageOS’s default Google DNS is replaced by the Quad9’s ‘unblocked’ servers to prevent any app that is making a connection to blacklisted server.

You can read all about the ROM on the official XDA post of the ROM.

It is an AOSP based Custom ROM with a very little amount of extra feature. It is a good ROM for those who don’t care about features and only want the pure Stock Android experience. The ROM is based on Android 11 but it is in a BETA state. Once the ROM becomes stable, this might become a strong recommendation as the best Custom ROM for Sony Xperia XZ2.

Based on Stock ROM but comes with extra features that are focused more on usability instead of visuality.