I have Selected 9 Custom ROMs which are stable, feature-rich and secure. Before Flashing any Custom ROM, make sure that your Nexus 6P is on appropriate Vendor Image as specified by ROM developer. I always prefer to perform a Clean install and use GApps which is specified in ROM’s xda thread.

You need to flash the Latest Custom recovery to flash a ROM. Check out this guide for more.

This ROM is based on AOSP and gives an all Stock Android experience. There no customization and extra features but all Oreo features are working perfectly. Here are some of them:

It is a Stable and is perfect to use as a Daily Driver. 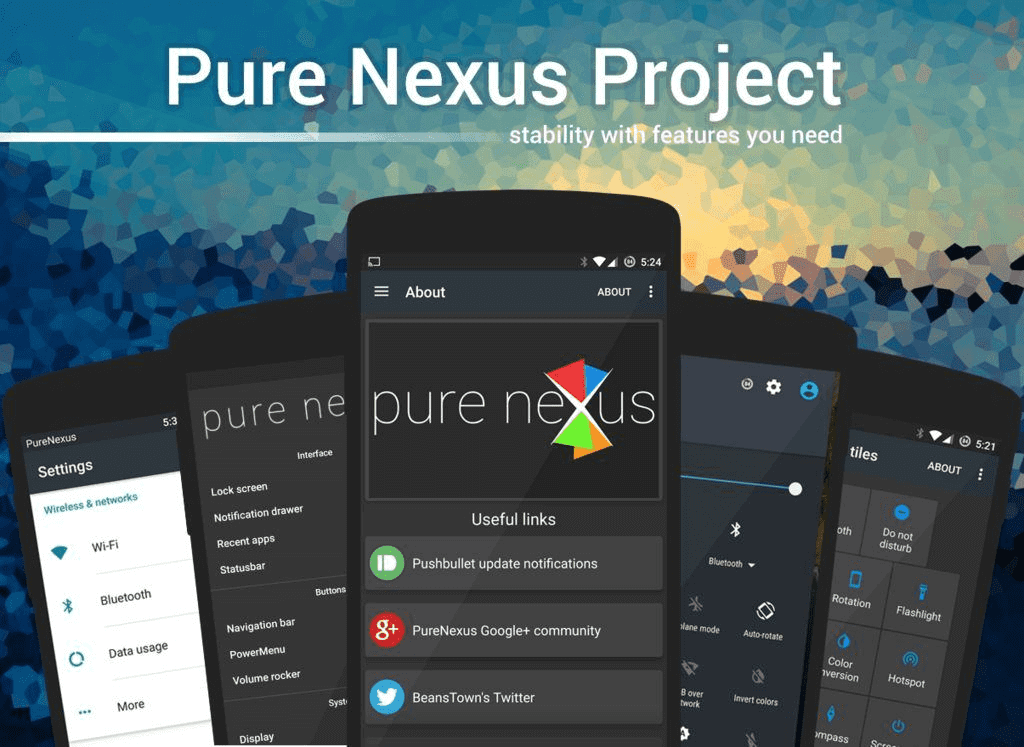 Pure Nexus is the most used Custom ROM for Google Nexus 6P. It is based on Stock Android but with a lot of added functionality and features. Some of them are:

You can customize these elements:

Resurrection Remix is a ROM based on CyanogenMod,omni and original Remix ROM builds. This ROM is the Combination of performance, Customization, and most new features

Made by hand picking features from different ROMs, this ROM gives a wide range of customization option compared to any other ROM. The UI is almost like Stock Android and you can modify it by using inbuilt features.

DARK ROM is a version of LineageOS 15.1 with stripped down features which give a fast performance. LineageOS is a feature-rich Custom ROM and in Dark ROM, all extra features are removed so the ROM only gives you few important features.

The ROM is very Close to the Pixel Smartphones in features and UX. It supports SafetyNet and ViperAndroid out of the box.

You should be on the Latest radio, latest bootloader, and Latest vendor image. Check out the Official XDA thread for Download.

crDroid is based on LineageOS which gives a Pixel-like UX with some exclusive features like:

You need to remove Forced encryption and you require Oreo 8.1 firmware (Vendor Image).

AICP is a Custom ROM based on LineageOS with some extra features.

Download the Bootloader, Radio and Vendor image from here and Flash them via Fastboot in Bootloader.

Download the ROM and Flash it after Wiping System, Cache, and Dalvick Cache.

Flash the ROM and GApps