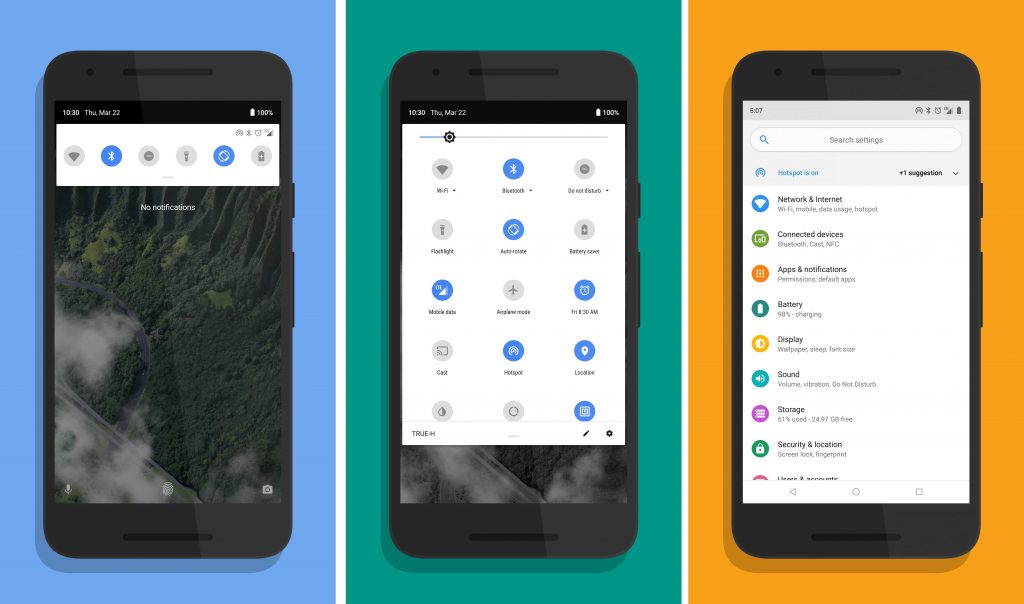 Google has released Android P beta for many Devices which showcase some of the major features of Android P. If your device is not in the list of Beta program then you can bring some Android P style and features in your Device.

There are many ways to do this. Developers have already ported some features from Android P beta to other Android Devices. In this post, We will show you how to get 10+ Android Style and features on any Android Devices.

As some of these apps need Root access, Xposed Framework and Magisk Manager. I recommend you to take a backup of all of your data before rooting your Device or installing Xposed Framework.

Get 10+ Android P features on any Device

The easiest and fastest way to get Android P style is to install Rootless Pixel Launcher which is based on Android P launcher. 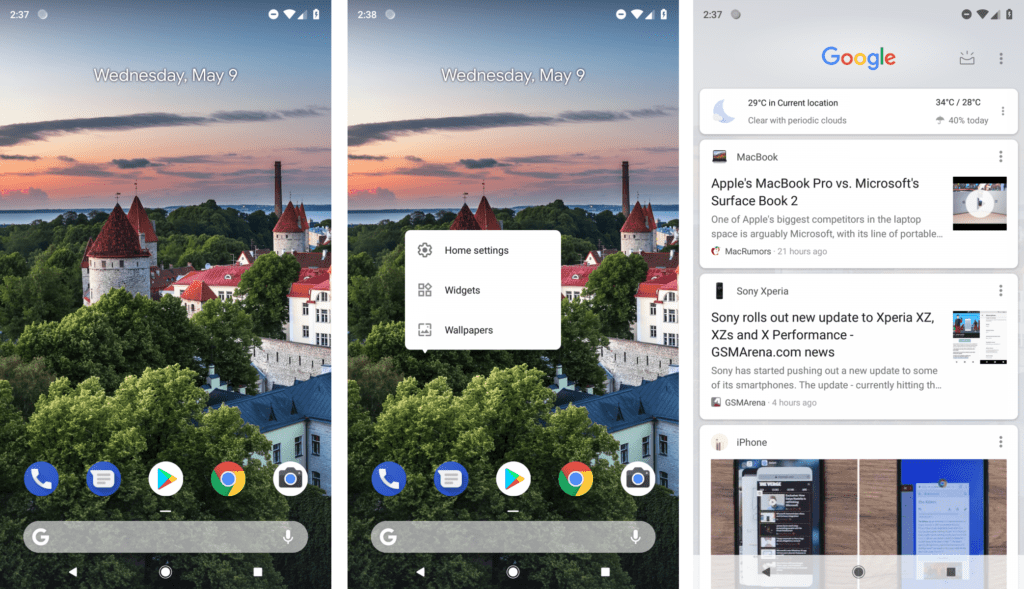 The new Android P launcher does not contain any major improvement or feature over the Oreo Pixel Launcher.  There are more rounded edges, redesigned Panels which comes by Long Pressing the Home screen and a redesigned Widget Panel.

You need to uninstall any previous Pixel Launcher from your Device.

Add these Android P Features on any Device:

All these features can be obtained by one App or Module, Android P-ify.

How to Install Android P-ify:

You can also use the Substratum theme Engine for better and faster Customization (Given below). 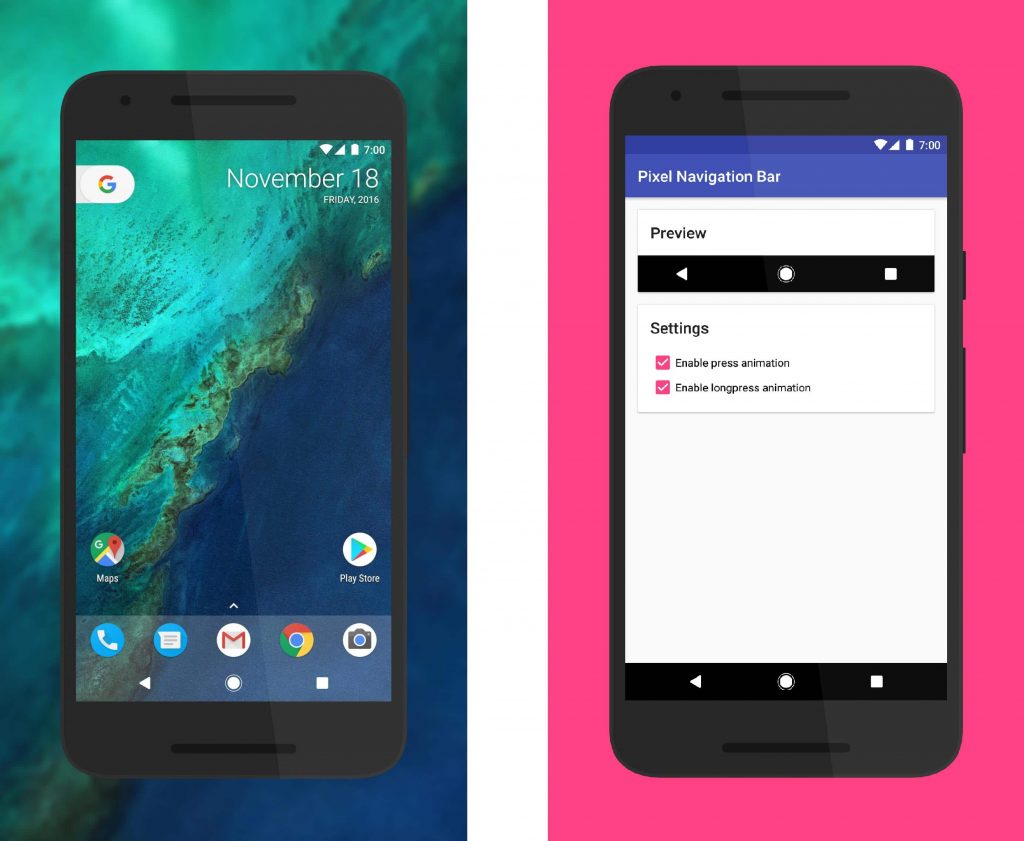 The substratum is a theme Engine which uses Overlay Manager service (OMS) to bring customization to many elements of an Android UI. There are many themes available for Substratum but Flux theme is the best among them. 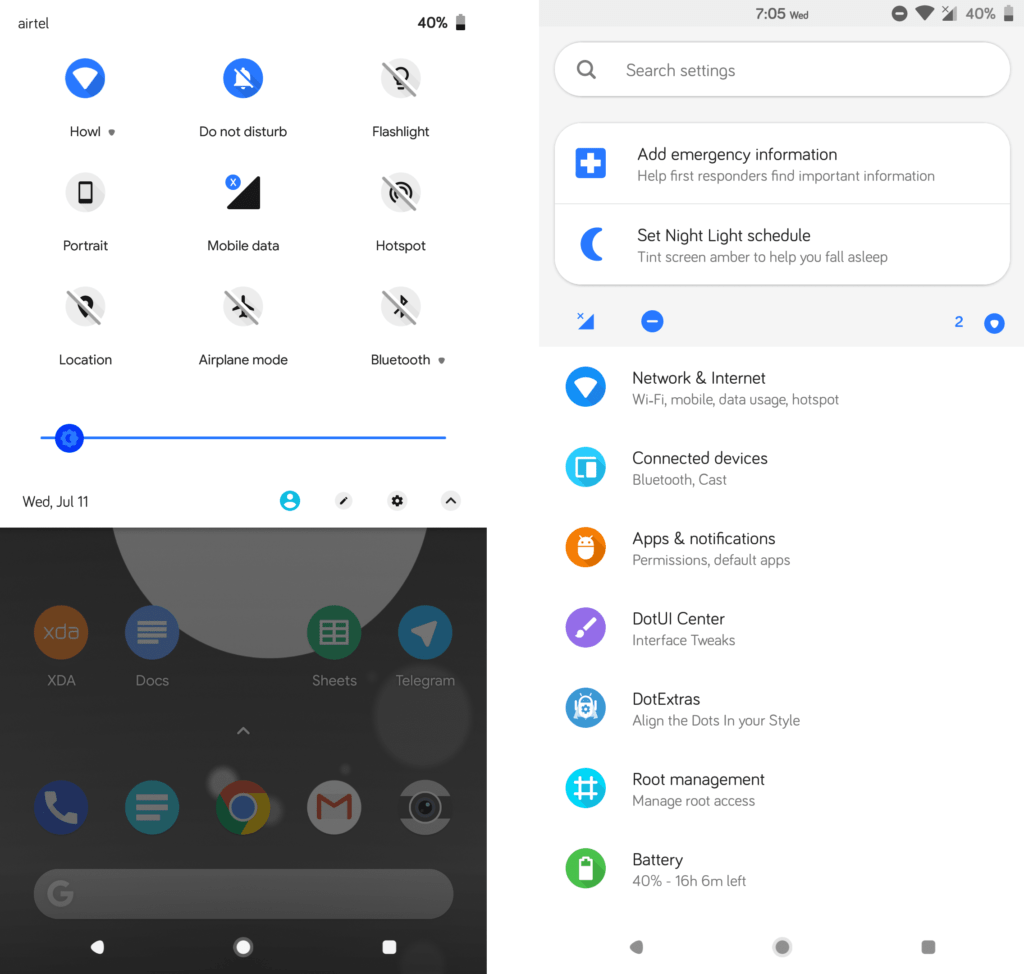 Flux White is the theme which is based on Android P while Flux black is a darker version which replaces all whites space with Black. In order to get Android P Looks, Download the Flux White. 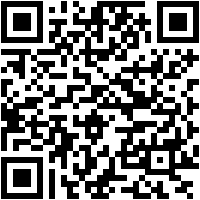 How to Install Substratum Themes: 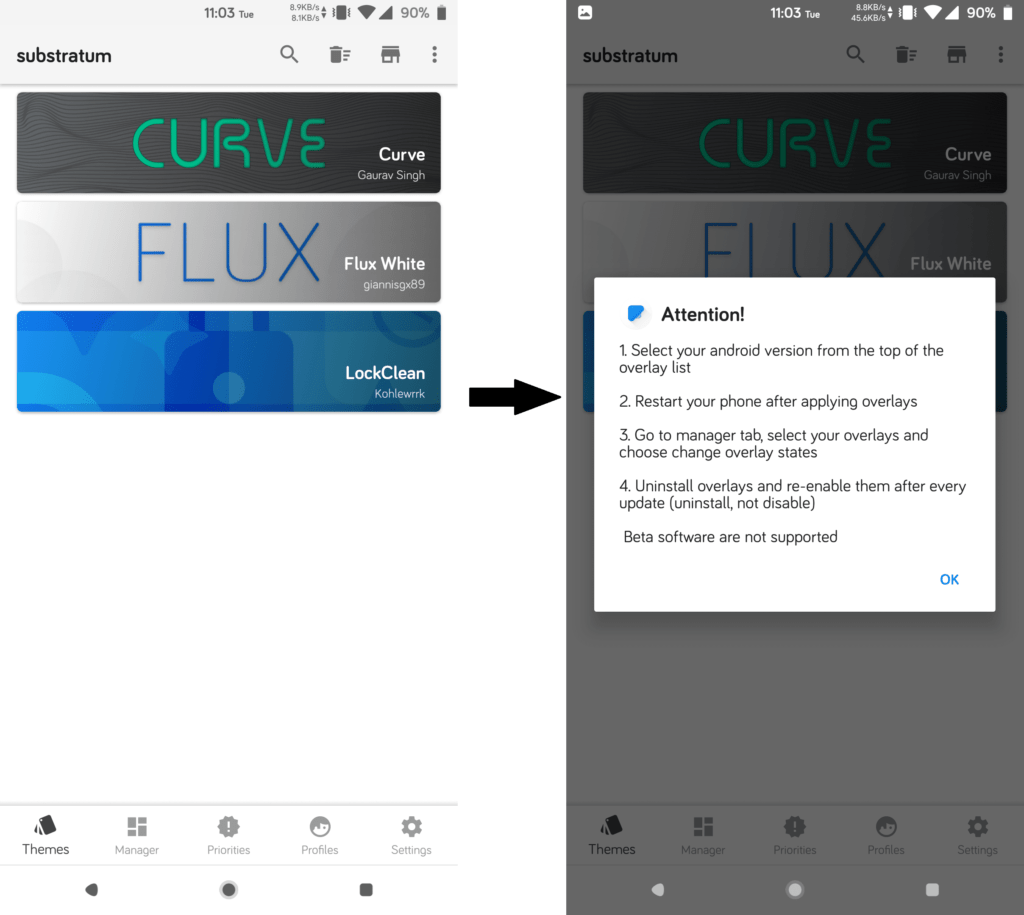 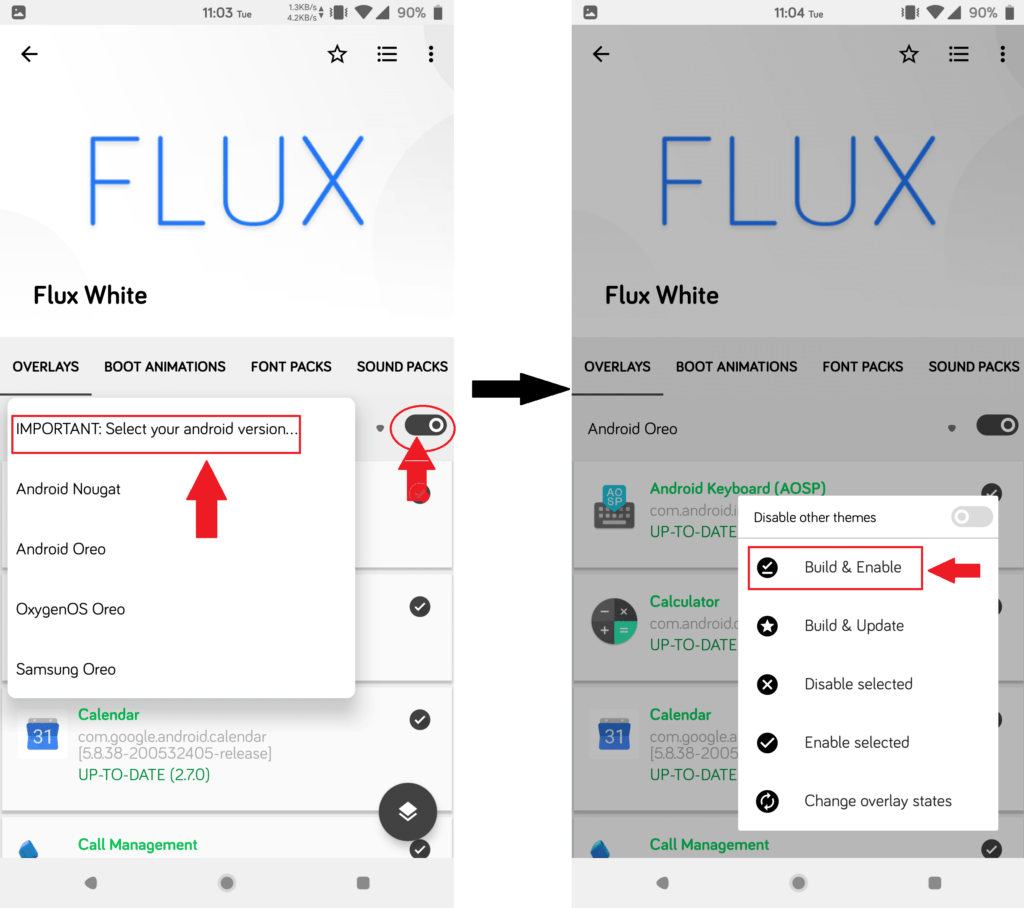 Android P Beta comes with 157 new emojis which can be installed on your Device. This app also includes Fonts and Boot animation from Android P. The app is a Magisk Module which only works with Magisk Manager 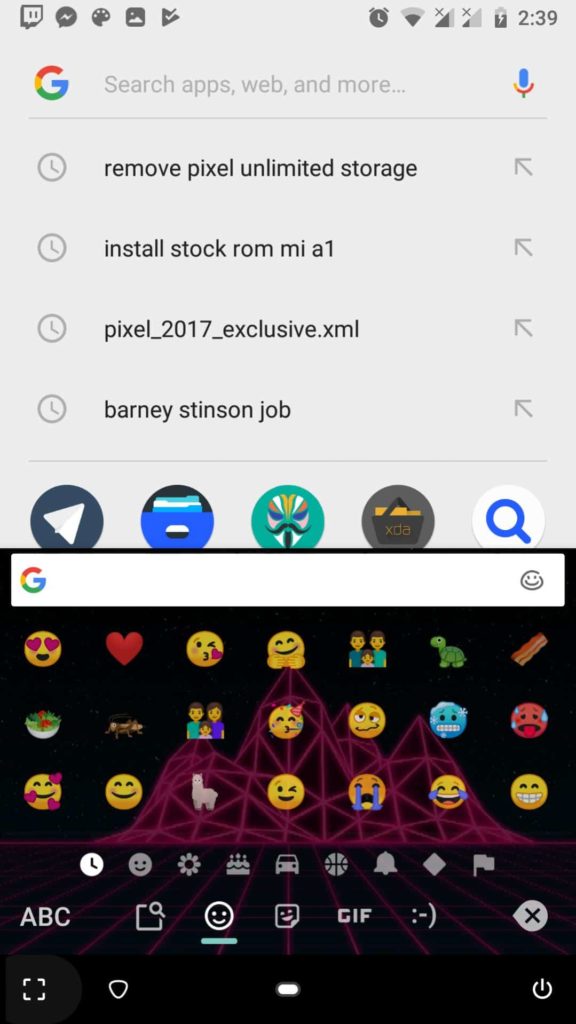 Install the App from Magisk Repo or Download it from here and then Install it.

Full-Screen Gestures first introduced on iPhone X. Android Introduced Gestures on Android P beta as an answer to iPhone. The Good news is that you can use these Gestures on your Device. Just Download the app and you are good to go.

In the Premium version of the App, you get these Features

If you also want Audio elements of Android P like Alarm Sound, Notification, and Ringtone) then Download them from Here.

So, Which one is your Favorite?

Do let us know which Mod you like the most to get Android P style and features on your device. And if you know any other Mod that brings Android P features, Let us know in the Comment section.